Next generation solar cells are conquering the building industry. In the future, not only roofs but also facades are to convert sunlight into electricity. LOPEC, the International Exhibition and Conference for the Printed Electronics Industry taking place in Munich, Germany, from March 24 to 26, 2020, will provide information about the current state of the art, practical examples and promising applications.


So far, solar power covers only two percent of the world's energy needs. But in times of climate change, the conversion of sunlight into electrical energy is becoming increasingly important. So far, most installations are still located on roofs or in open spaces. In the future, windowpanes, walls and other building sections are supposed to also contribute to the generation of solar power. “Organic and printed electronics play a key role in future technologies such as building-integrated photovoltaics. We can see the rapid progress in this area every year at LOPEC,” says Barbara Ismaier, LOPEC Exhibition Director at Messe München. “With our new focus topic of Smart Living, we are bringing building-integrated solar technology more to the fore this year.”

In contrast to rigid silicon-based photovoltaics, organic solar cells are so lightweight, thin and flexible that they perfectly adapt to the building envelope. Architects retain full design freedom, because organic solar films and modules are available in various colors, decors and even as transparent options for the integration into windows.

A new era of solar technology

“Organic photovoltaics represent a new era in solar power generation,” says Dr. Guido van Tartwijk, CEO of OE-A member Heliatek GmbH in Dresden. The company, which is participating in the 2020 LOPEC Conference, produces organic solar films in a roll-to-roll evaporation process and has already implemented many pilot projects. Industrial mass production will start in mid-2020. “The technology opens up completely new fields of application. Building surfaces that were previously unused can now be used to generate solar power,” emphasizes van Tartwijk. The Heliatek solar films, which are up to 1.3 meters wide and 14 meters long, are simply adhesively bonded onto building materials such as steel, concrete or glass.

With the expansion of building-integrated photovoltaics, cities have the opportunity to generate more regenerative energy locally and to catch up with rural regions that are currently ahead in terms of green electricity. Organic solar cells are suited for the energetic refurbishment of existing buildings as well as for equipping new buildings. Even though conventional solar technology will not disappear from the roofs, especially as roof tiles with integrated solar cells and in-roof modules are already available, organic solar cells are undoubtedly the more visually appealing option for use on facades. They are also more tolerant of shadows and indirect light.

At the LOPEC Conference, Heliatek will be discussing organic photovoltaics and its potential for the building sector. Further speakers will also address the topics of energy and sustainability. The Working Group ‘Sustainability’ of LOPEC co-organizer and industry association OE-A (Organic and Printed Electronics Association) will organize its own session. In addition, a representative of the Belgian research institute VITO, which focuses on clean and sustainable technologies, will give a presentation on the advantages of printed electronics.

In addition to organic photovoltaics, perovskite solar cells are considered to be extremely promising. The cell type, which has only been known for about ten years, is based on organometallic compounds and is particularly effective in converting sunlight into electricity. Scientists worldwide are researching the potential of the perovskite technology for a sustainable energy supply of buildings, for example as part of the EU project PeroPrint or at the University of California in Berkeley, where a solar window based on perovskite is being developed. Perovskite solar cells have many things in common with organic photovoltaics: They are thin, can be produced on flexible substrates and are therefore suitable for integration into buildings. The shape and color of perovskite solar cells can also be designed freely.

In order for perovskite cells to make the leap from the laboratory into building-integrated photovoltaics, ways must be found to make their production large-scale and cost-effective. LOPEC exhibitor COPT, the Center for Organic Electronics at the University of Cologne, has developed a scalable liquid coating process. It has already been used to produce Perovskite solar cells with a size of 56 square centimeters. The long-term stability, however, is not yet sufficient. In addition, researchers worldwide are looking for an alternative for the heavy metal lead contained in Perovskite solar cells.

The market is growing rapidly

According to analysts from Bloomberg New Energy Finance, the market for building-integrated solar modules will grow by 500 percent to over 32 billion US dollars over the next five years. The global construction boom, increased climate awareness and technical progress in organic and printed electronics are substantially contributing to this growth.

LOPEC also promotes building-integrated photovoltaics: Designers and architects will find numerous inspirations at LOPEC and can find out about all facets of integrated photovoltaics. Plant manufacturers, material manufacturers and scientists are represented in Munich, as are companies producing organic and printed electronics. “We are bringing together the players along the entire value chain and inviting them to exchange ideas,” emphasizes LOPEC Exhibition Director Ismaier, “because only together can they advance photovoltaics and other technologies that we so urgently need on our way to a sustainable society.”

Image material is available from the media database. All contributions from LOPEC TV can be found on our webpage. 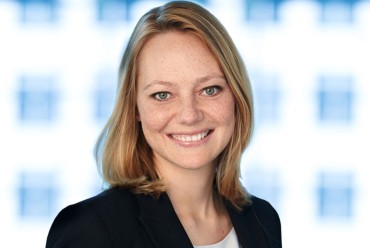